The Future Of Procedural Threedee Modeling 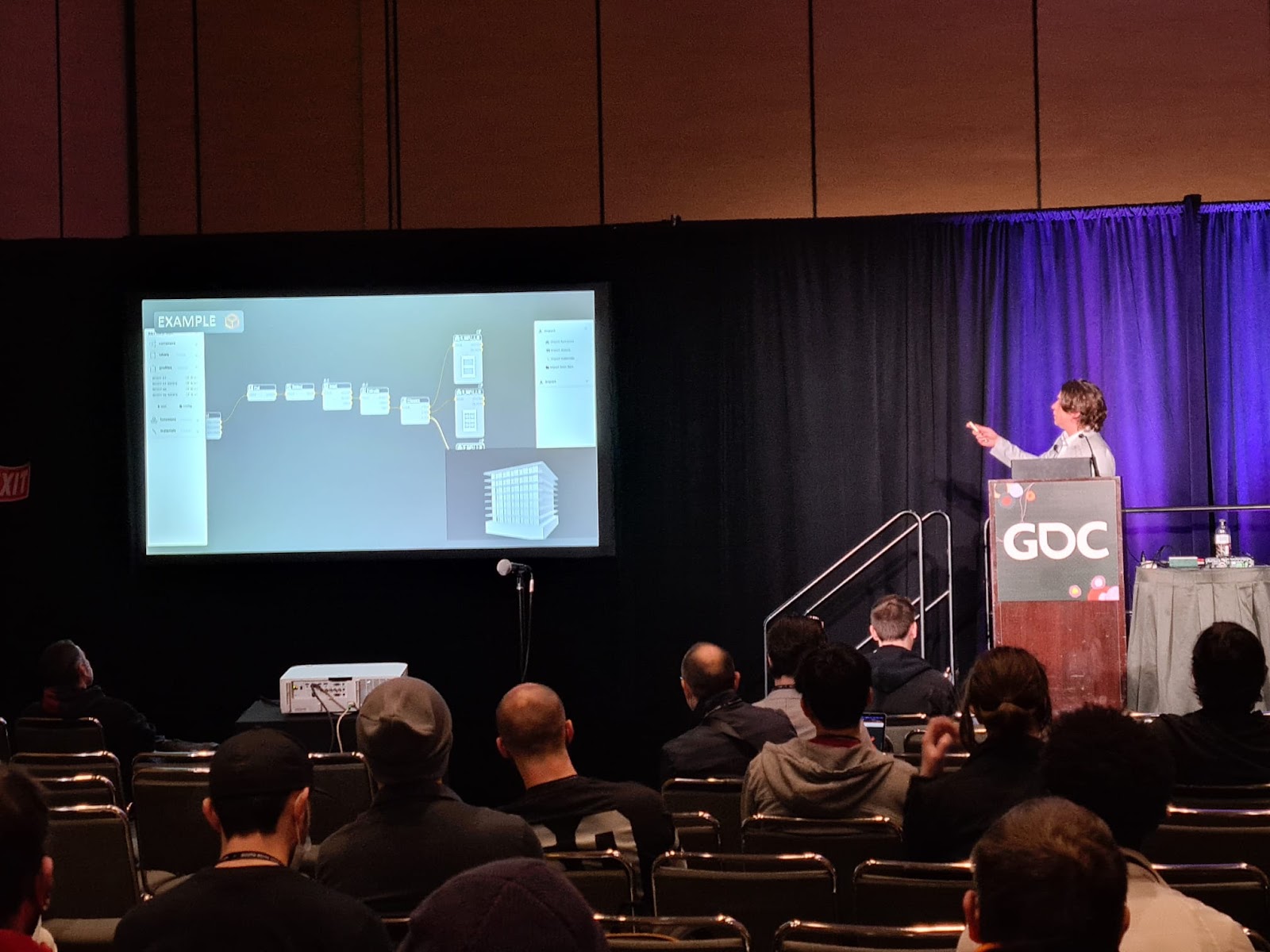 The conference was delivered by the inventor of this disruptive technology - Emilio Santos - CTO and Founder of threedee.io. Software Developer and Threedee Founder Emilio Santos few minutes before the presentation
Software developers and employees from Epic Games, Adobe, Unity and Cyber punk and many others attended the presentation and witnessed something unprecedented in the history of procedural 3d modeling.

The simplicity (only 14 commands!) of the software and features like Responsive Geometry and the ability to build entire cities with a click make this patented technology the most powerful geometric procedural software in the world in terms of productivity and accessibility.
.
The software can create 3d environments at a tiny fraction of the cost of building manually and at least 50% of cost and 50% of time versus other procedural tools. Threedee’s high quality models are suitable for the real estate industry, the gaming industry, the metaverse and animation movies. Whether you are searching for the best way to populate the metaverse, a fast way to create virtual urban worlds for the gaming industry or animation movies - a groundbreaking new software has been created by threedee.io for automating the creation of 3d modeling.

After 10 mins and Q & A in the conference room this group of people waited patiently outside the room to congratulate Emilio and ask a few more questions
Over 500 people - investors, software developers, game artists, and 3d modelers - dropped by the threedee.io stand and mentioned they “were waiting for a long time for something like this" and were astounded by the threedee.io software which they did not believe was possible.

"Guys, this is cool" were the words of the games producer and team leader of FarmVille - Mark Skaggs when he visited the threedee.io stand and met some of the threedee team such as the Founder - Carlos Batista CEO and Harry Sardinas - Business Development Head and Advisor To The Board of threedee.io. On the left Emilio Santos - CTO of Threedee, Mark Skaggs - game producer and team leader FarmVille, Harry Sardinas - COO - threedee.io and Carlos Batista - CEO threedee.io
On the other hand the Threedee Modeler Director and Founder Civil Engineer Dagmar Lorenzo shared with us that the software is not only for External Urban Worlds but also for interiors, furniture and anything man made.

Carlos Batista - founder and CEO of threedee.io was thrilled with the positive feedback that people gave him at the event - including architects, 3D artists, technical artists, students of 3D modeling, game design teachers, game developers. Some school teachers and game design teachers say that the software is so easy to use that it can be used at school for kids and teenagers to develop their creativity and enable them to start working in the 3D modeling industry.

The feedback from event attendees was so incredible that Carlos Batista was invited to speak in South Korea at a metaverse event with the main goal to convey the idea of a new more productive technology to populate the metaverse. Founder of Threedee - Emilio Santos also launched at the Games Development Conference a second software - the Maizer - which integrates with the procedural threedee modeling software and allows anyone to customize their models.

Now anyone with no technical knowledge will be able not only to create large scenes but also to control and customize every single piece of it.

Emilio Santos showed how easy it was for almost anyone to create geometrical procedural models. This Massive Urban Worlds example presented at the GDC in San Francisco conference is only one of the over a thousand procedural applications that the threedee.io software can do. To find out more - go to www.threedee.io or write an email to harry@threedee.io

The software can save millions of dollars depending on the size of the project.

Benefits include:
● No Other Tool Like This In Market
● Simplified 3D Creation Workflow
● Any team size can create large open world games effectively
● Higher Productivity
● Higher Quality & 3D Scene Diversity versus alternative state-of-the-art procedural tools.
● Groundbreaking Technology
● Online 3D Scene Customizer
● Innovative Responsive Geometry
● No coding or technical experience required
● Offers personalization during the process of creation
● Full control of the responsive geometry during the creation process
● Offers limitless variations of the architectural elements
● First in the market general - purpose procedural modeling tool that can create high quality 3D content
Opportunity Created By The Threedee.io Software:
● Indie studios will have access to large fully customizable scenes or game levels
● Small non techy teams will be empowered to convert into the asset they need without art teams
● Empowering users with no modeling background to create and customize single models to large scenes online or to personalize their virtual world in any metaverse
● Art directors and producers can customize themselves final scenes or game levels to complete the director’s vision.
● Other teams can “fine tune” complete scenes if necessary
Contact: www.threedee.io or write an email to harry@threedee.io
Article written by Lily Patrascu, Brand For Speakers, www.lily.global, +447557351222